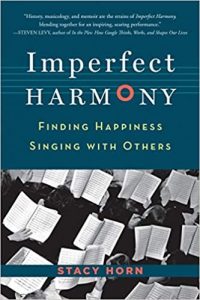 Note: Stacy had an indispensable role in the publication of New York Diaries: 1609 to 2009. You’ll find photos of her below under “Happy Anniversary.”

The Fourth of July

Observations of a visiting Brit on the sixty-first anniversary of the Declaration.

Pop-pop-bang-pop-pop-bang-bang-bang! Mercy on us….Well, the Americans may have great reason to be proud of this day, and the deeds of their forefathers, but why do they get so confoundedly drunk? Why on this day of independence, should they become so dependent upon posts and rails for support?…

When the troops marched up Broadway, louder even than the music were to be heard the screams of delight from the children at the crowded windows on each side. “Ma! Ma! There’s pa!” “Oh, there’s John.” “Look at uncle on his big horse.”

The troops did not march in very good order, because independently of their not knowing how, there was a great deal of independence to contend with. At one time an omnibus and four would drive in and cut off the general and his staff from the division; at another, a cart would roll in and insist upon following close upon the band of music; so that it was a mixed procession – generals…music, cartloads of bricks, troops, omnibus and a pair, artillery, hackney-coach, etc. etc. Notwithstanding all this, they at last arrived at the City Hall, where those who were old enough heard the Declaration of Independence read for the sixty-first time; and then it was – “Begone, brave army, and don’t kick up a row.”