Tomato appeared on roof vine! Potted in shallow pan at that. Also, in the evening an enormous butterfly flew in the window…. Most beautiful creature, six inch wings almost of delicate pink verging on beige with a sky blue stripe….

If you have not been so fortunate as to spot one of these lovelies in the wilds of Manhattan, let me recommend the next best thing; a visit to the Butterfly Conservatory at the American Museum of Natural History, Central Park West.

The exhibit is annual, running early October through May. Visitors are allowed to walk freely through a vivarium, a simulated rain-forest. No chasing or petting of the butterflies, but if one lands on your sleeve, you may keep still and observe it. The forest is staffed by extremely informative personnel who carry around wedges of citrus fruit with b-flies languidly feeding on them.

You may expect to find the iridescent Morpho peleides, scarlet swallowtails and owl butterflies – so named for the spots like large dark eyes on on their undersides. Anywhere from 150 to 500 free-flying tropicals.

A glass case near the entrance displays part of the collection of the novelist, Vladimir Nabokov, an ardent lepidopterist, who is credited with discovering a Lysandra cormion. Is it a hybrid of two existing species or a distinctly new one? Still a matter for debate, among lepidopterists.

The Buttefly Conservancy is open until May 28.

For a look inside: 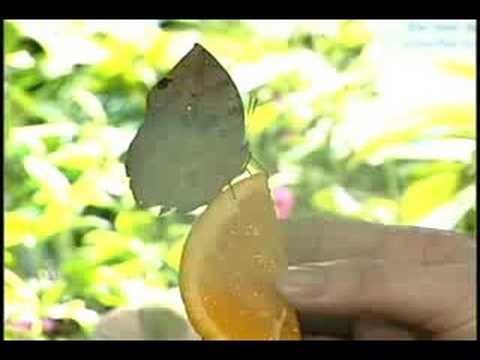 Thumbing through a hardcopy of New York Diaries recently, I remembered how much effort had gone into dating those entries. There were four separate calendars to consider. Did a given entry, for instance, fall under Julian or Gregorian accounting. No problem here. The oldest entry dates back to 1609. The Julian Calendar had given way to the Gregorian in the late 1500s. Were there any undated entries that could nailed down with the assistance of events mentioned in the body of the entry? And what to do about the Quaker Calendar? Again, there was an old and new version to be considered, September being the first month of the year. We were satisfied, finally, that we had reconciled the new Quaker with the Julian system.

But what about hours within the day? Did an event occur at One o’Cock, Five o’Clock, Midnight? We simply had to take the diarists’ word: Begging the larger question, How did those diarists tell time?

Curiously, there is no mention of clocks or other timepieces in any of the entries. The earliest allusion to timekeeping is that of Robert Juet, a mate on the Half Moon, On September 2, 1609. The little galleon, which had apparently been under sail the night before, anchored at the mouth of “a great Bay.” Juet’s journal records that this happened after sunrise, at “five of the clocke.”

The most likely “clock” for a mariner of the place and time would have been a heavy brass ring called an “astrolabe.” A sailor viewed a star or sun along a bar with a plate, or vane, mounted at each end. When the holes in the vanes were aligned perfectly upon the celestial object, a pointer came to rest at a spot on the circumference allowing one to calculate the correct hour. By the Revolutionary War, the British had developed their trusty nautical chronometer, so accurate it could keep time in the rough seas and stay on Greenwich mean time. Officers on both sides of the conflict had access to portable timepieces, pendant or pocket watches often so clumsy they were called “turnips.”

It fell to diarists of the 1800s to make distinctions within an hour. The first is the grief-stricken Philip Hone, who mentioned that his beloved invalid child Mary had “left this world at 11:45.” Her doctor, in the business of recording time of death, most likely had timepiece with not just a minute hand, but a second hand for precision. When a son was born to George Templeton Strong at “half-past twelve P.M,” that, too, was considered an occasion worth recording with uncommon particularity.

During the Gilded Age, New York ladies wore timepieces as jewelry. Men, who, found this effete, apparently didn’t start wearing “wristlets” until World War I when it was considered a good idea to equip troops with some means to coordinate action. As manufacturers cranked out wristwatches by the millions, the refined pursuit of horology became the domain of academics and the very few artisans who still made or make timepieces by hand.

Today, collecting old masterpieces is the province of the rich. And perhaps the richest collection in New York resides in the Portico of Clocks at the Frick Museum on Upper Fifth Avenue. The entire collection contains thirty-eight clocks and watches spanning the 1500s to the early 1800s, a bequest from Winthrop Kellog Edey, an oil heir who was an authority on Medieval French timepieces. The clocks and watches are all of Northern European derivation. They are under glass for climate control and, one imagines, to discourage tinkering, These casings have intricately wrought exteriors, something Edey valued as much as the interiors. Among these beauties are gilt brass cases adorned with mythological scenes painted on ceramic.

My own favorites were two plainer objects; one a gold pocket watch with Tourbillon (circa 1822) and the other a carriage clock (circa 1811). The first acknowledges that watches, because of their constant movement, are not as reliable as clocks. The designers, Breguet and Fils eliminated the “positional error” by mounting the gears on a carriage, that rotated at intervals to neutralize the glitch. The “Tourbillon” translates roughly as “Whirlwind.” The carriage clock, also by the Breguets, offered a traveler every possible convenience. Portable, it told not only time, but the phase the moon, day, date, month and year. If it was too dark to see the face, the traveler could press a button on top and the clock would chime to the last quarter hour. It also had an alarm clock mechanism to set for a given interval desired for sleep.

The Frick exhibition, Precision and Splendor: Clocks and Watches at the Frick Collection, runs until February 4, 2014. Museum hours are Tuesday through Saturday 10:00 a.m. to 5:00 p.m. Closed on Mondays and Holidays.